A. Donarini, B. Siegert, M. Grifoni

The electronic structure and the transport characteristics of single molecule junctions are strongly influenced by many-body correlations. Some of their fingerprints have been theoretically predicted [1,2] others clearly observed in STM experiments [3,4] both at the spectral and topographical level. We consider here a copper phthalocyanine (CuPc) molecule on an insulator coated substrate and demonstrate the non-equilibrium tip induced control of the molecular spin state. We find that, under the condition of energetic proximity of many-body neutral excited states to the anionic ground state, the system can undergo a population inversion towards these excited states. The resulting state of the system is accompanied by a change in the total spin quantum number [5]. Experimental signatures of the crossover are the appearance of additional nodal planes in the topographical STM images as well as a strong suppression of the current near the center of the molecule. The robustness of the effect against moderate charge conserving relaxation processes has also been tested. 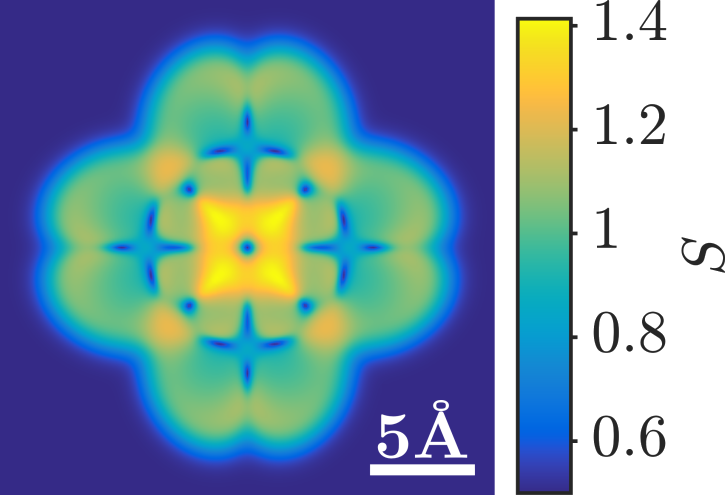 Figure 1: Simulation of the spin map of a Cu-Phthalocyanine as a function of tip position. At specific tip positions a low to high spin transition on the molecule is triggered by the external bias across the junction and is accompanied by population inversion towards excited molecular states.